In 2012, Facebook moved into a new home in Menlo Park, California. It was the former campus of Sun Microsystems. Instead of spending a bunch of money on fabricating new signage, we took the hacker approach and repurposed what was already existing. 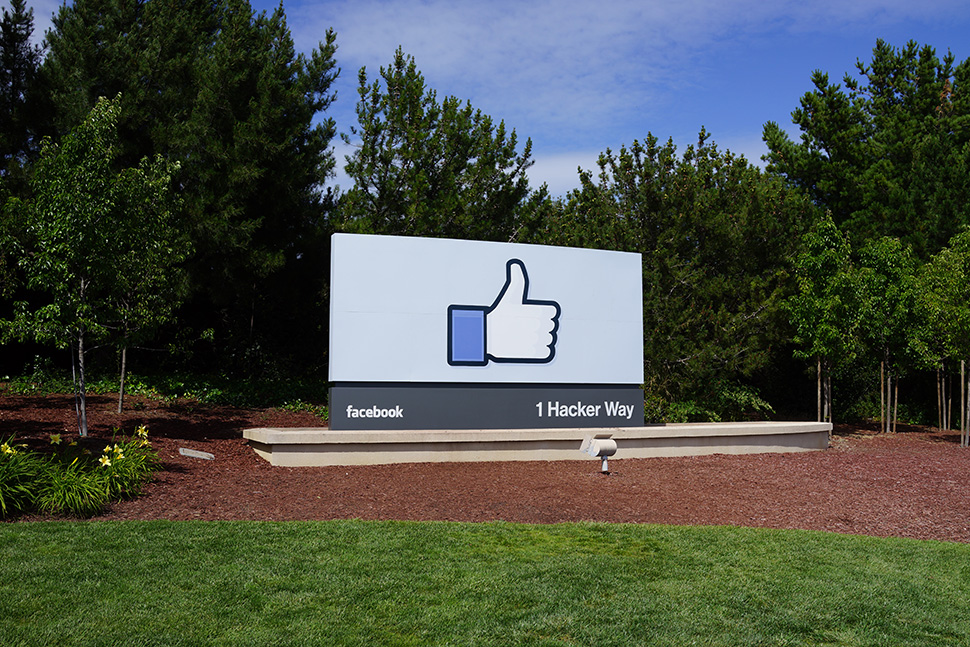 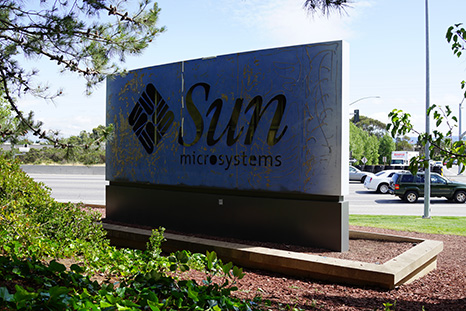 The back of the sign Hand painted by New Bohemia Signs
Sometimes hacking is using what you already have.

This sign came with the building—it just didn't say Facebook yet. Instead of getting a new one, we flipped it over and painted on it.

The back still says the name of a different technology company, one that came before us, left as a reminder that if we fail, someday someone might replace us. 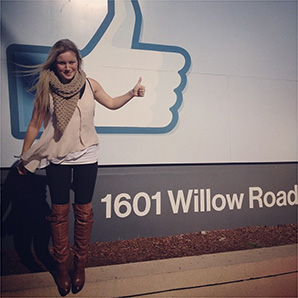 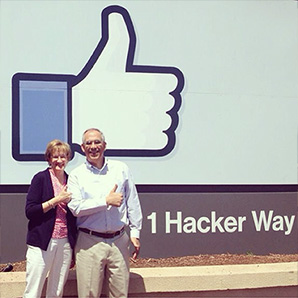 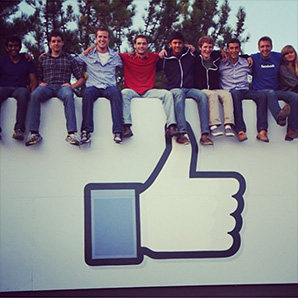 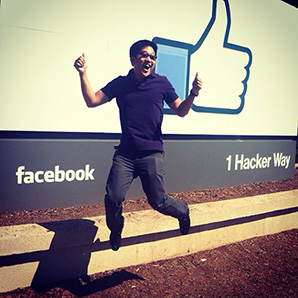 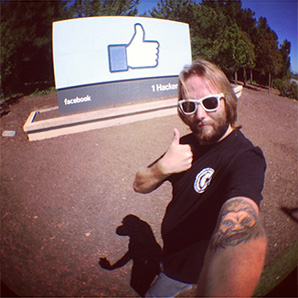 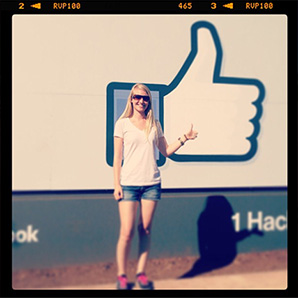 In addition to the monument out front, I also redesigned the wayfinding system. 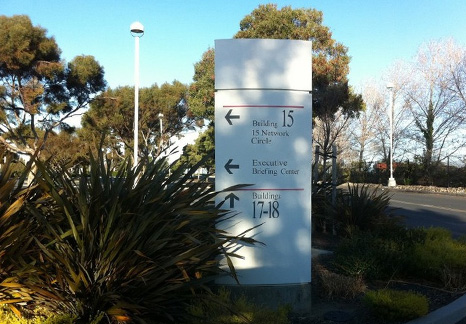 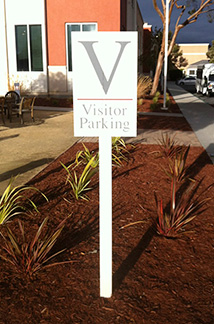 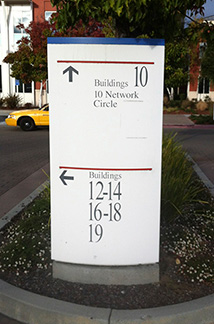 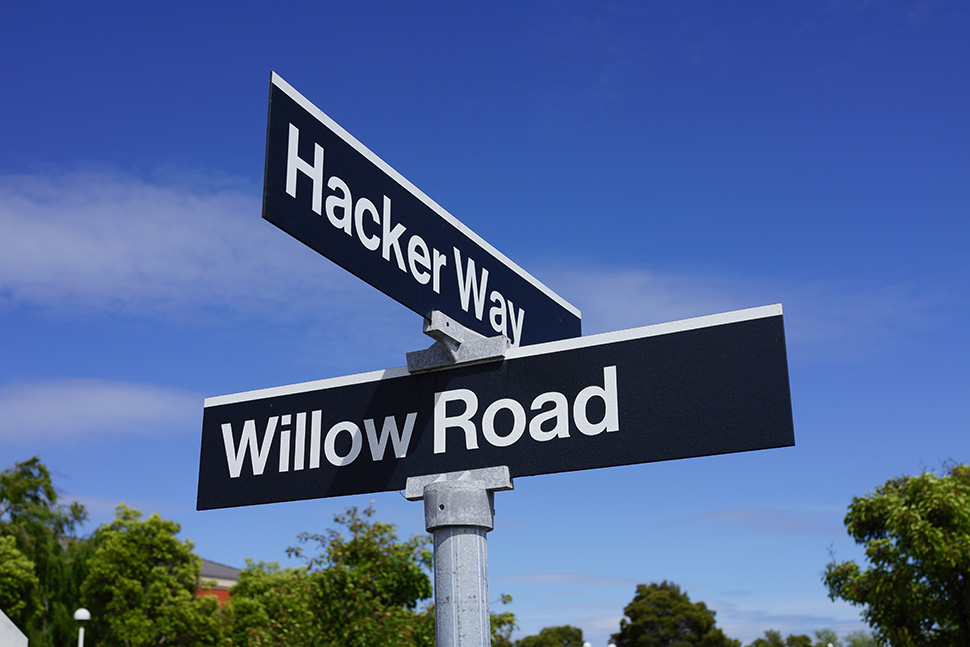 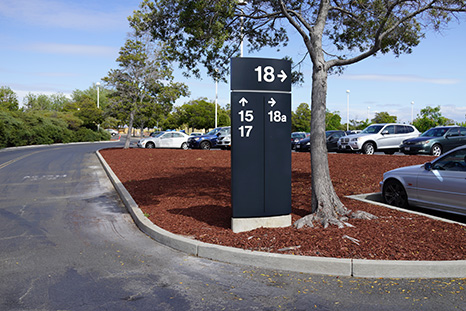 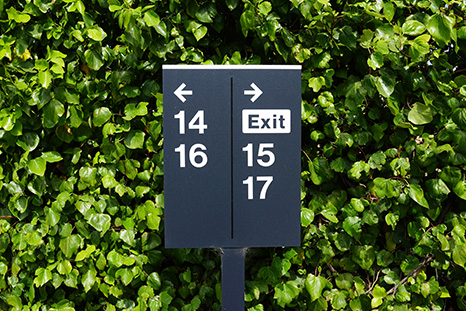 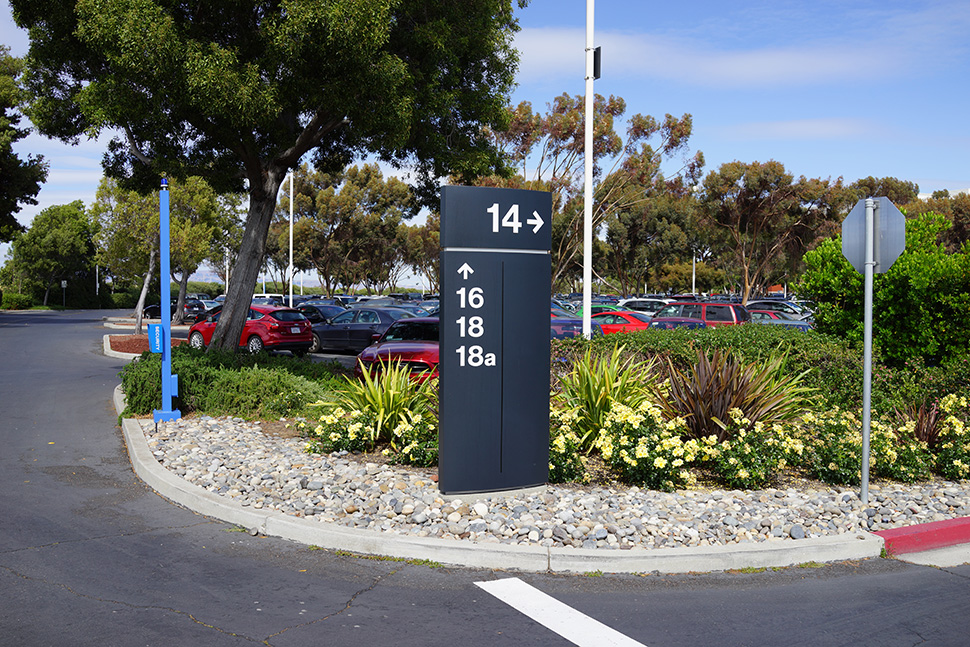 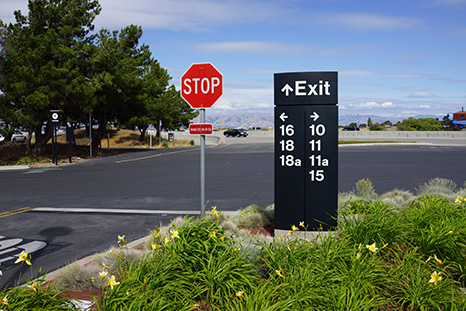 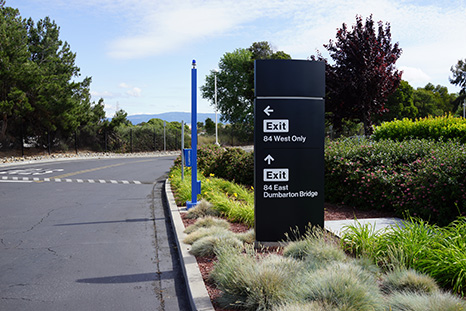 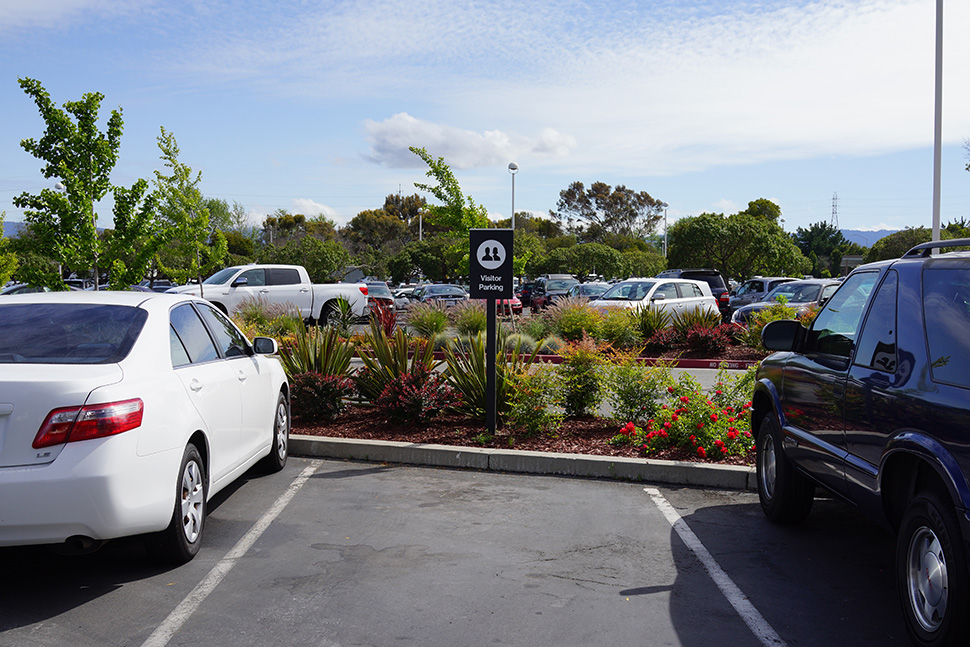 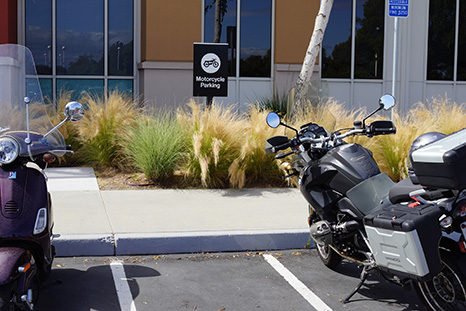 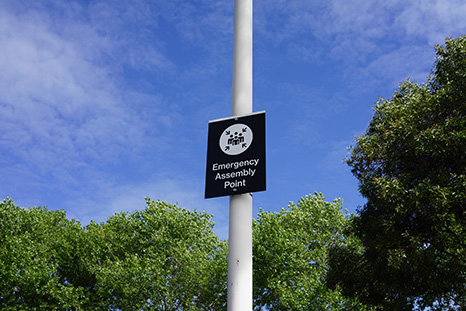 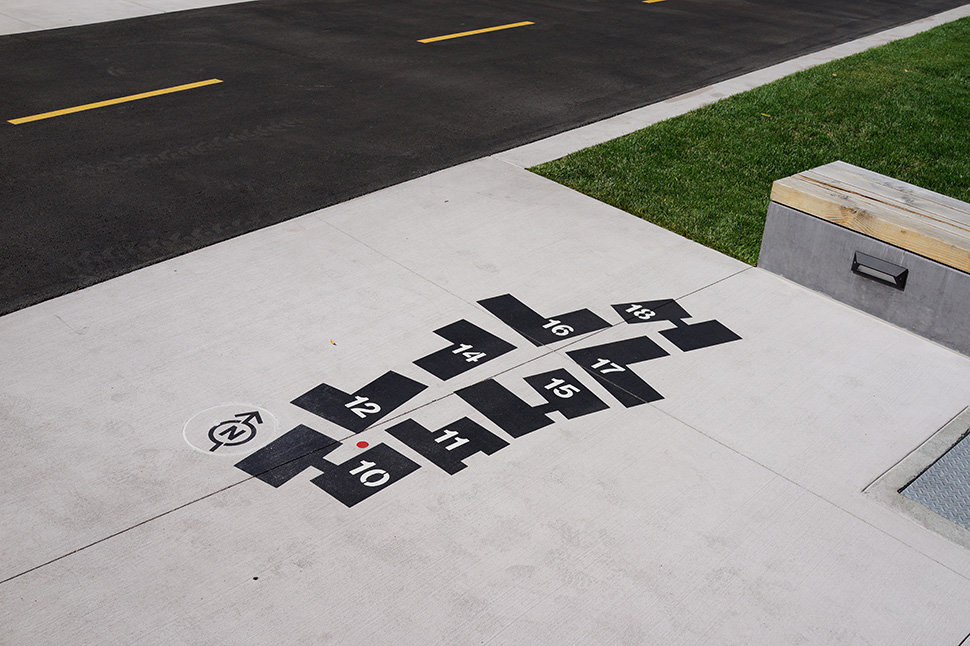